skip to main | skip to sidebar

House fiascos continue but not too bad. The house is ours and it's so cute so that's what's important.

So I guess I didn't have enough fiascos going through the closing of my mom's house, so I decided that since that was over, I'd add on another. So I got a lionhead gold fish. I couldn't help it!! He was the cutest thing I've ever seen! He is fat and round and chocolate color (he's not gold) and he'd come to the glass with his round baby face and his little round mouth moving and his little fins going, wiggling back and forth. I couldn't help it.

So ...oh it's so long so as Inigo Montoya says in Princess Bride "lemme splain, no, lemme sum up"
I got a 2.5 gallon tank cus they said that was big enough. Nope.
I do research cuz his tank is pretty but messy. Not big enough for a gold fish
I go get ten gallon aquarium with the works.
Set that up, take other tank back.
Get two snails and a pleco
Hear from my aquarium expert friend do NOT put two snails in there or you will have a billion by Friday. So I take one snail. Then she yells that I got a pleco. Take that back.
So one snail, one pleco and one 2.5 gallon tank go back.
Then I go through "why is this aquarium cloudy it has a bio filter blah blah" then I find out it has to build up bacteria in the biofilter that will take care of the cloudy icky stuff but I have to be patient which is not my forte.
Anyway, here it is a week later, tank is clean, beautiful with live plants, my sweet lionhead pudgie fish named Wiggly and his friend the apple snail named Cedric who spends all day and all night keeping the place clean.
It really is beautiful and I feel accomplished!

So I have a lionhead goldfish, an apple snail, a chow chow, a fantailed beta, and half moon beta and two rabbits. O_o

Now I want a bird *falls over*


No no I have plenty babies right now. I just spend way too much time watching Wiggly. I love the live plants! The curled bamboo is so beautiful.


Wiggly.
This pic cracks me up. 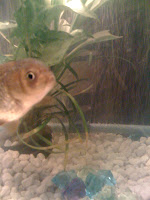 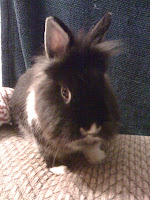 Kyoko trying to get
foam 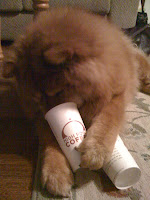 Jackson the Half Moon
Beta 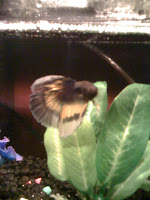 Not pictured but just as loved: Cedric the snail, Benny the Crown Tail and Molly the calico bun.

I won't be home all day tomorrow. So when in the world am I going to get back to my art?

And it's getting warm. I'm an Autumn person.
Beltane approaches.
Posted by Randi at 3:29 PM

The Me of Me

Randi
Memphis, United States
Waiting on Autumn. Searching for the center of the Grove. Charting my path using my art and the guides of all those who have gone before me.

A Circle of Hearts 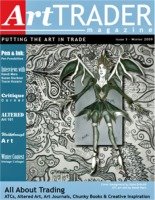 Places Where I hang out